A token is a digital currency that does not have an independent blockchain. If this definition is unclear to you, don’t worry and follow this article to the end. In this article, we first explain in a very simple way what is the difference between a coin and a token in the digital currency market, and then we examine the advantages of creating a token instead of a dedicated blockchain. We also explain how to store tokens in wallets and at the end we name the types of token categories.

What is a token and how is it different from a coin?

Bitcoin, Ethereum, Ripple, Litecoin, Bitcoin Cash, Cardano and hundreds of other digital currencies that have their own blockchains are included in the category of coins.

Among the biggest tokens in the market, we can mention Tether, Chainlink, Dai, Aave, Yearn.Finance and BAT.

It is interesting to know that 2,800 of the 3,900 digital currencies traded on exchanges at the time of writing this article are actually tokens and use blockchains such as Ethereum, Binance Chain, IAS, and Tezos. The first reference that distinguished coins and tokens from each other was the Coinmarketcap website.

To find out whether a digital currency is a coin or a token, you can refer to its dedicated page on the Aruzdigital website.

Don’t forget that the explanation given about the difference between coin and token was based on the mentality of the market. From a more general and precise point of view, any independent currency unit in a network can be considered a token. With this definition, Ether, the native digital currency of the Ethereum network, is also considered a token, but Ether is considered a coin in the market.

Most tokens in the cryptocurrency world are “utility tokens”. These tokens provide the possibility to receive a specific application of a project that can only be used in the ecosystem.

For example, if a project starts its work with the aim that intercity bus tickets can be purchased only with special tokens, then the use of that token will only be for buying tickets and it cannot be used, for example, to buy food from a restaurant. did In the rest of the article, you will read about the types of tokens in detail.

Creating a token is much easier for blockchain developers than creating an independent blockchain and network, and most of the time, projects can create their own digital currency and achieve their primary goals without the astronomical costs of designing a blockchain.

Projects that intend to develop a blockchain usually first create a token from an intermediary blockchain and hold a pre-sale or initial coin offering (ICO) and exchange their tokens for the national currency or other digital currencies before launching the project. They sell The value of these tokens will have a direct relationship with the status of the project and its movement towards its goals.

Also, some tokens, after they are developed enough, seek to create their own blockchain and become coins.

How are tokens made?

Tokens can be created on any blockchain platform that uses smart contracts and high-level programming languages. Ethereum currently hosts more than 80% of the tokens in the market, followed by Binance chain, Ias, Cosmas, Tezos and Tron.

Simply put, to create a token, developers must create their own token smart contract using programming languages ​​and token creation standards provided by a blockchain team and implement it in the blockchain using available tools. For example, the programming language for creating tokens (smart contracts) in Ethereum is Solidity, and the main Ethereum standard for creating tokens is called ERC-20.

Token creation itself is done in less than an hour and with very little cost (network fees), but don’t forget that just creating a token does not guarantee its value.

Unfortunately, the ease of creating worthless and useless tokens has also provided a platform for fraud, and sometimes fraudsters try to exchange tokens that have no value for real money.

In order for a token to attract value and gain acceptance, it must be involved in a practical project and be added to reputable exchanges, which is by no means an easy task.

Without exaggeration, we can say that more than 90% of market tokens do not have a specific purpose and use, and were released only to fill the pockets of developers.

In 2017, known as the “ICO craze”, many scam projects entered the field with outlandish promises, each raking in millions of dollars by pre-selling (ICO) their tokens to unsuspecting investors. In 2018, when the market bubble burst, all those tokens were forgotten and never even reached their original price.

Saving money and time is the most important advantage of creating a token instead of a separate blockchain. Most of the projects that want to start working on their network and blockchain do not have enough funds and capital at the beginning, and due to the rapid expansion of the digital currency space, they also face many problems in terms of timing.

These projects can very quickly implement their token on another blockchain such as Ethereum at first, and by attracting private or public capital and adding it to exchanges, they can achieve their desired capital and schedule, launch their main network, and then Transfer tokens to their own blockchain. For example, Tron currency units (TRX) were initially offered as Ethereum tokens and after the development of the Tron blockchain, they were transferred to the main network.

The difference between a coin and a token

In many cases, there is no need to build a separate blockchain for a project, and the project can take full advantage of the high security of the host blockchain. For example, the ChainLink project is now doing well and has signed cooperation agreements with major teams, but its native token, Link, which at the time of writing is #5 by market capitalization, runs on Ethereum. .

Considering the sensitivity of the Chain Link project, the large number of Ethereum miners and the high security of this network bring confidence to this project. Another major project that uses the Ethereum blockchain is Tether. This stablecoin is designed to protect investors from volatility and its price is always one dollar due to its dollar backing. 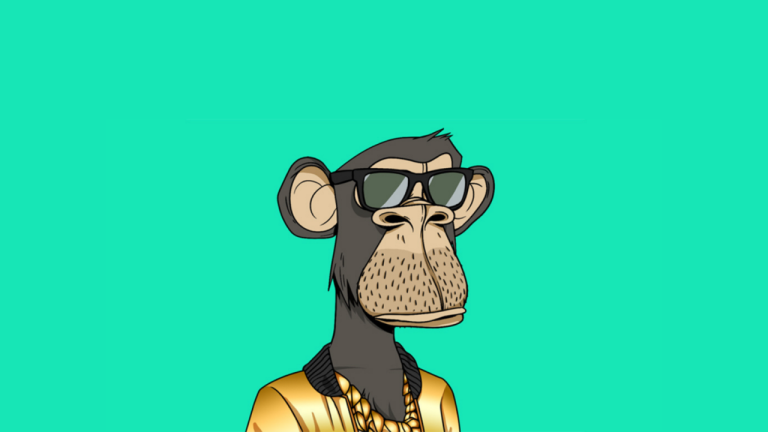 Non-Fungible Token (NFT), in its shortest definition, is a unique digital asset. It represents many digital assets that are unique, from collector’s items to virtual shoes, from virtual game content to digital properties.  NFTs are produced using blockchain technology, mostly with Ethereum token standards. However, unlike cryptocurrencies, they are not traded in Ethereum’s ERC-20 standard,… Non-fungible token is different from ERC-20 tokens like DAI or LINK because each token is completely unique and cannot be split. It gives the ability to assign or claim ownership of any unique traceable piece of digital data using Ethereum’s blockchain as a public ledger. Immutable tokens are minted from digital objects as a representation…